A new diagnosis based on worldwide research

This blog is my attempt to synthesize the research conducted by the World Health Organization that led to official acceptance of the new diagnosis of Complex PTSD. Clinicians have long battled to add developmental and relational trauma to the already accepted diagnosis of shock trauma. C-PTSD is an important worldwide addition to clinical understanding, and will have far-reaching global repercussions.

I invite readers to add to my overview. I intend, over the coming months, to drill down into the clinical repercussions of these findings, and particularly how the therapeutic use of touch (my focus and passion) can contribute to C-PTSD healing resources.

C-PTSD Classification
The World Health Organization (WHO), in its 2018 ICD-11 (International Classification of Diseases, 11th revision), introduced the new diagnosis of Complex Posttraumatic Stress Disorder (C-PTSD). WHO introduced this diagnosis as a distinct but sibling condition to PTSD to reflect loss of emotional, psychological, and social resources under conditions of prolonged adversity. This diagnosis is classified under the category of "general parent disorders associated with stress."

Based on extensive research, C-PTSD is a more severe diagnosis than PTSD. The new diagnosis includes the symptoms of PTSD and adds a second component of Disturbances of Self-Organization (DSO) ― affective dysregulation and struggles with identity. C-PTSD comprises six symptom clusters:

A first order of three PTSD symptom clusters:
1. Re-experiencing of the trauma in the here and now
2. Avoidance of traumatic reminders
3. A persistent sense of current threat that is manifested by exaggerated startle and hypervigilance

The additional three symptom clusters reflect a loss of emotional, psychological, and social resources resulting from frequent trauma, a greater accumulation of different types of childhood traumatic experiences, and higher levels of functional impairment. Symptom endorsement rates for PTSD and DSO were equally high, suggesting that the two components of the disorder are equally important.

The International Trauma Questionnaire (ITQ)
The qualitative distinction between PTSD and C-PTSD is supported by WHO’s worldwide research using the International Trauma Questionnaire (ITQ). C-PTSD was found in individuals who have experienced sustained and repeated interpersonal violence, rape, sexual abuse, domestic violence, traumatic bereavement, and institutional abuse, such as that occurring within foster care and religious organizations. It is also associated with multiple forms of social trauma, such as child soldiering, genocide campaigns, torture, or slavery.

Preliminary findings suggest that C-PTSD is common in clinical and general population samples, although there may be variations in prevalence across countries:
1. C-PTSD is a more common condition than PTSD.
2. Multiple cumulative childhood interpersonal violence was a stronger predictor of C-PTSD than of PTSD in both clinical and population samples.
3. C-PTSD is a more debilitating condition compared to PTSD with regard to survivor functioning. C-PTSD was associated with greater comorbid symptoms and substantially lower psychological well-being, suggesting a greater severity than PTSD.
4. Women compared to men were more than twice as likely to meet criteria for PTSD and for C-PTSD.
5. The most frequently endorsed symptom cluster was negative self-concept, suggesting the critical role problems in self-concept may play in C-PTSD.

Preliminary evidence suggests that the ITQ is an instrument that produces reliable and valid scores and can adequately distinguish between PTSD and C-PTSD. Future theoretical and empirical work will be required to generate a final version of the ITQ to better match the diagnostic structure of PTSD and C-PTSD and become standardized in several cultures and languages.

There is also further work to be done on test-retest reliability, the discriminant validity of the ITQ, and exploring the relationship between PTSD, C-PTSD, depression, anxiety, and substance misuse disorders. The work must be replicated in various countries and cultures, as there have been concerns about culturally bound conditions. Cross-cultural work is required to explore differences in PTSD and C-PTSD across countries with regard to prevalence, incidence, and predictors. This work is essential to enhance the cross-cultural applicability of the new diagnosis of C-PTSD.

The International Trauma Interview (ITI)
Finally, in addition to the development and validation of the ITQ, work is underway on the development of a clinician-administered diagnostic interview for PTSD and C-PTSD. This measure is called the International Trauma Interview (ITI). The development of a diagnostic interview is a critical element of ongoing efforts to assess the validity of the ICD-11 proposals, as well as to determine the effectiveness of the ITQ in identifying clinical cases.

Dr. Aline LaPierre, PsyD, MFT, SEP is the founder and director of The NeuroAffective Touch® Institute which offers trainings in the therapeutic use of touch. She is past faculty in the Somatic Doctoral Program, Santa Barbara Graduate Institute (2000-2010). Aline is the coauthor of Healing Developmental Trauma: How Trauma Affects Self-Regulation, Self-Image, and the Capacity for Relationship now available in ten languages. She is currently Vice-President of the United States Association for Body Psychotherapy (USABP) and Deputy Editor of the International Body Psychotherapy Journal (IBPJ). For more information about her work, visit the What is NeuroAffective Touch®? page. For more information about touch trainings, visit the NeuroAffective Touch® Training page. 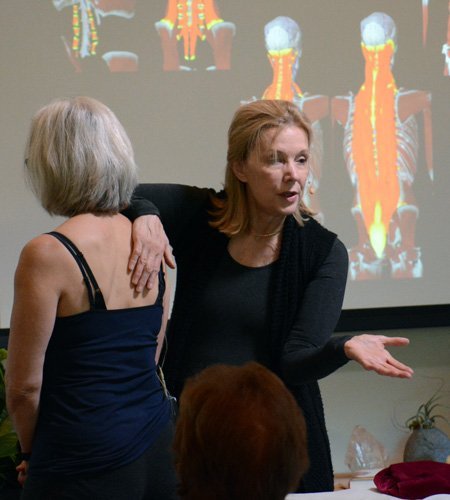 We use cookies to give you a better experience and to make it easier for you to place orders. You can configure your browser to accept or reject all cookies or notify you when a cookie is set. By clicking the “Accept” button, you consent to our cookies on this device in accordance with our Privacy Policy, unless you have disabled cookies in your browser settings.